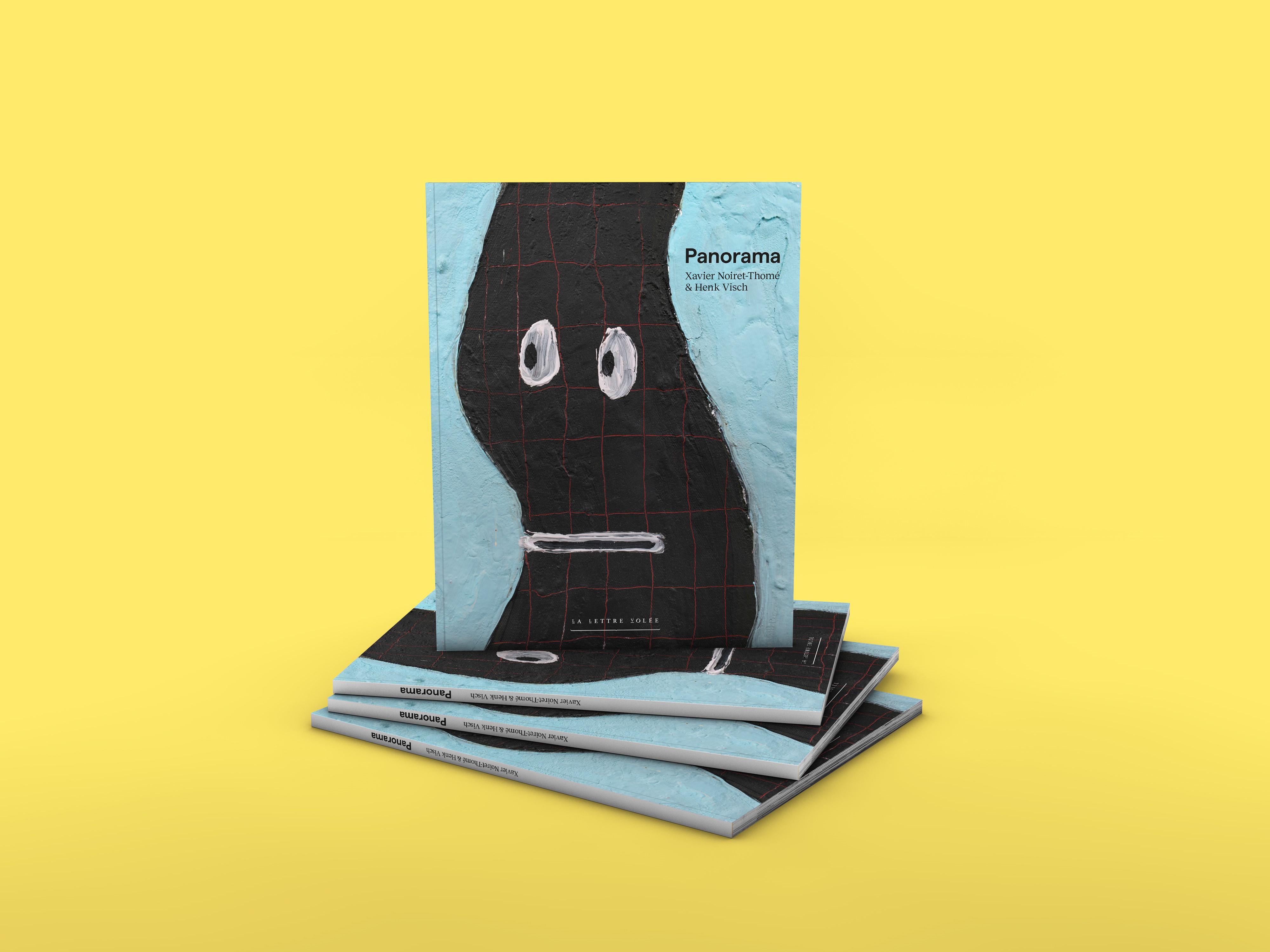 Dear visitors,
For reasons beyond our control, the meeting with Xavier Noiret-Thomé & Henk Visch, Carine Fol & Philippe Van Cauteren (S.M.A.K.), with the publisher of the exhibition catalogue La Lettre volée is postponed.
CENTRALE’s team thank you for your understanding.

Published on the occasion of the exhibition Panorama – which is organised as part of CENTRALE’s series of duo exhibitions – this book explores the dialogue between the paintings of Xavier Noiret-Thomé (France, 1971) and the sculptures of Henk Visch (Netherlands, 1950). This dialogue exposes the affinities between the two artists: the vital energy deployed in their creation and the metaphysical dimension of their oeuvre, which is anchored in their own lives and questions the place of mankind in society and of the universe. From the very first exchanges between the artists, a fundamental discussion started on the place of painting and sculpture in the exhibition space, on their interactions and their spatial presences, and last but not least on the very essence of the artist’s gesture. Neither artist illustrates ideas, and, within Panorama, their bodies of work form a new, unexpected formal territory.

Denys Zacharopoulos is a Greek author, critic, teacher and curator who has taken part in the 48th Venice Biennale (Italy) and Documenta IX in Kassel (Germany).

€ 5 – conference
or
Included with the purchase of your entrance ticket