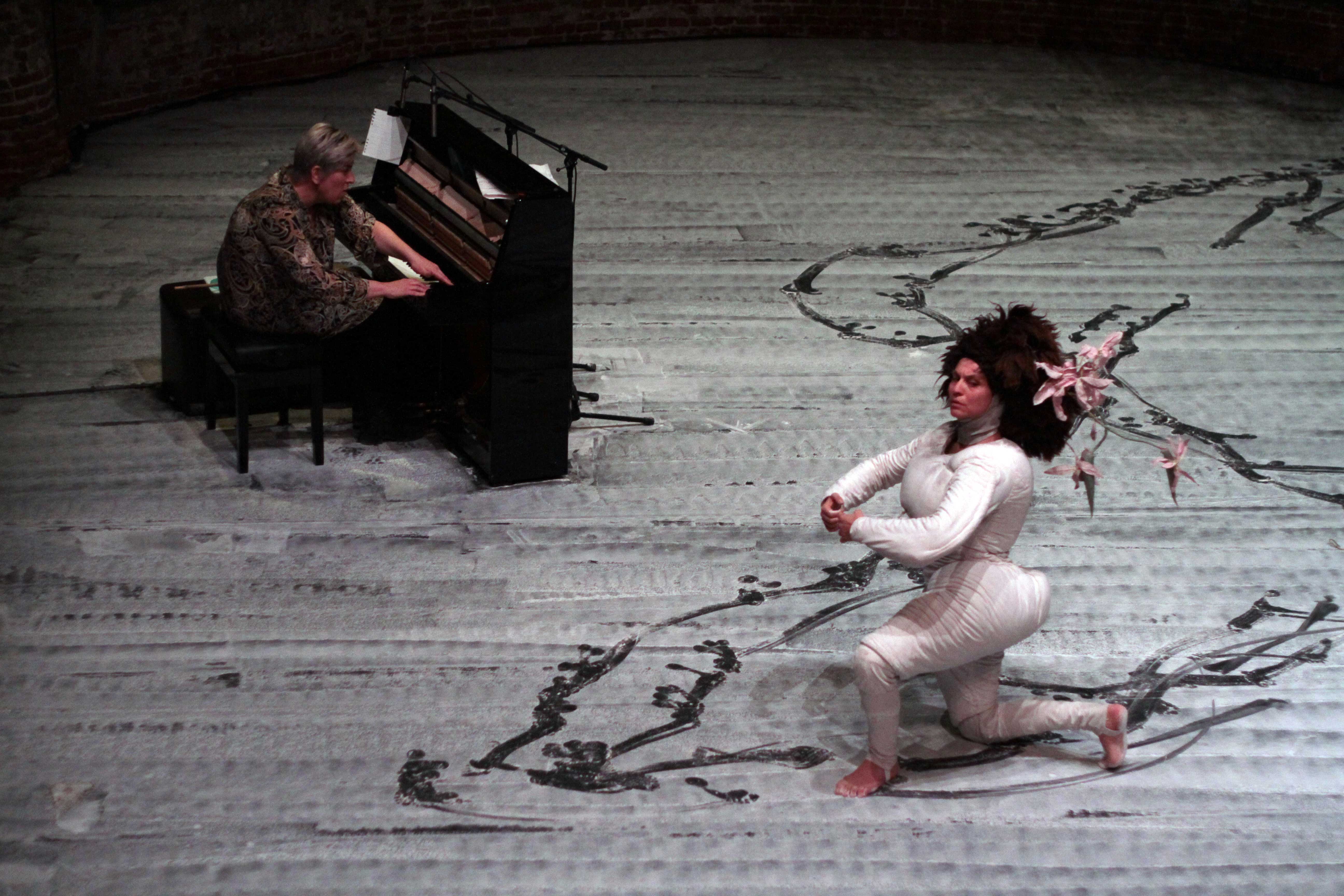 Dear visitors,
For reasons beyond our control, the performance Wherever The Music Takes You II – Performance Ayelen Parolin & Lea Petra is postponed.
CENTRALE’s team thank you for your understanding.

Since 2014 and the trio Hérétiques, Ayelen Parolin collaborates with pianist and composer Lea Petra. With the duo Wherever The Music Takes You, they explore once again their way of co-writing when both of them are on the set. That’s a first: in the four creations that brought them together before, Ayelen led the project from the outside while Lea was on stage.
Last year, as part of the Festival XS in Brussels, was therefore born a first version of their “stage meeting”. It is a work on the unpredictable, with a writing resolutely in the present of the performance, banging together restrain and joy, rage and pleasure, energy in the excess and a policy of escalation – more or less controlled… A duet that thumbs its nose at our time where security and predictive algorithms triumph.
For this second version of Wherever The Music Takes You, the duo decided to work again on the unpredictable but approached it in another way. It is no longer a question of speaking of, but of starting from the unpredictable: the challenge is no longer to refer to it as a possible grid of reading or as a writing intention, but as the objective to follow – for each, separately – in the choice of the ways of working and writing… Come
what may?

Ayelen Parolin (born in Buenos Aires, lives and works in Brussels) is a dancer and choreographer, trained at the National School of Dance and the San Martin Theatre in Buenos Aires. As the laureate of the Pépinières Européennes pour Jeunes Artistes Programme XXL and scholarship winner of the Pina Bausch Foundation grant (2016), her work has been presented at the Kunstenfestivaldesarts (Brussels), at the XS festival at the Théâtre National (Brussels), at the Biennale de Charleroi Danse (Brussels and Charleroi), at the Brigittines (Brussels), and at Montpellier Danse.

Lea Petra (born in Buenos Aires, Argentina), obtained her diploma of higher piano teacher at the “Juan José Castro” Conservatory under the direction of pianist Inés Gómez Carrillo. At the same time she studied architecture at the University of Buenos Aires. In 1996 the Wagnerian Association of Buenos Aires recognized her as Young Artistic Personality of the Year. Lea has composed music for several pieces of contemporary dance, theatre, circus, performance and instrumental music. She has been collaborating with choreographer Ayelen Parolin since 2014. She has also worked with Thomas Hauert (Walking Oscar in 2006, Danse étoffée sur musique déguisée, music by John Cage), performer Ivo Dimchev (Concerto in 2016), circus company Ciconcentrique (Breathe in 2011) and Théâtre de la vie in Brussels (Kafka the musical in 2016).