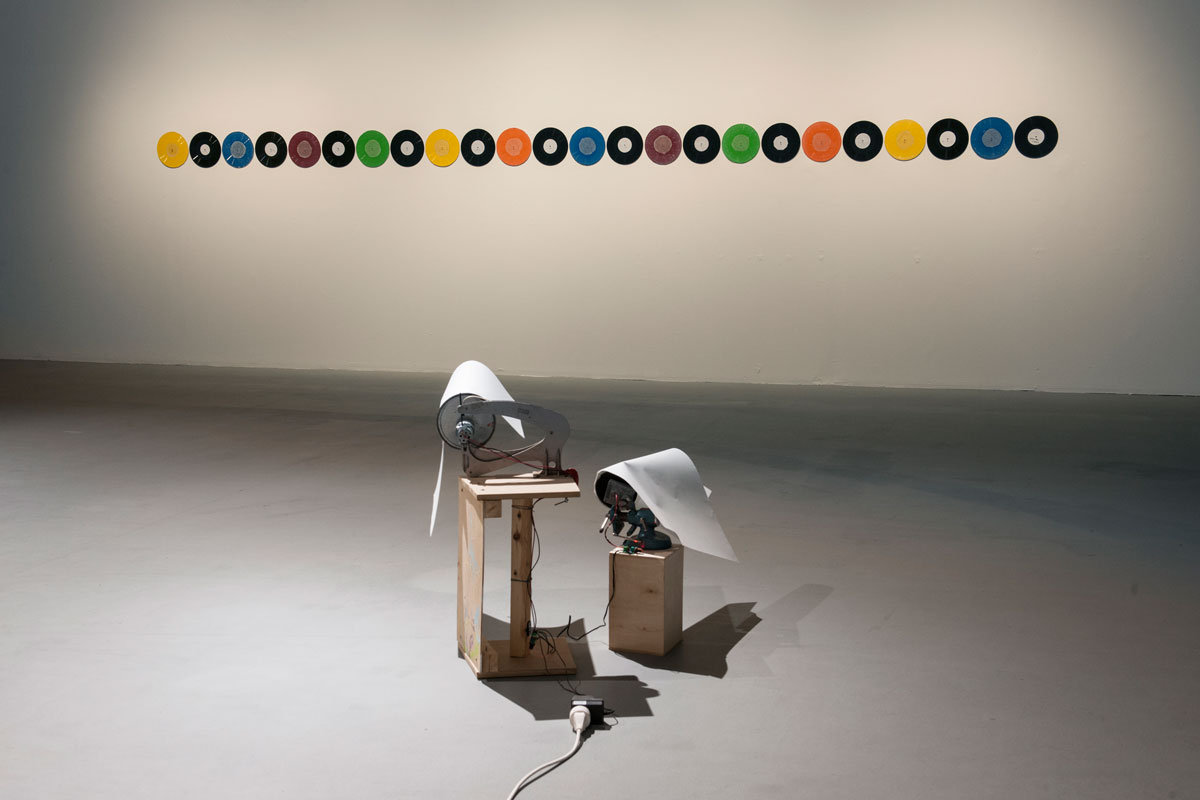 An international panel of experts will gather to debate sound in visual art. Over the recent years we have observed a revived dynamic in the role of sound throughout a variety of visual art work. In the course of an afternoon we want to take a closer look at this hybrid field with interventions by curators and artists who have affinities with the dimension of sound in art.

18:30 – Opening “On Random Walks” an installation by Franziska WINDISCH at CENTRALE.Box

The round table is an event in the context of the exhibition Où sont les sons? Where Are Sounds? curated by Nicole Gingras and co-organized by Overtoon, platform for sound art, with the support of Kunstenpunt and the Conseil des arts et des lettres du Québec.

Nicole Gingras (Montreal, Quebec/CA)
Nicole Gingras works in the field of contemporary art as a researcher, curator and author. The exhibitions and programs she has curated, the publications under her direction, and the seminars she has led deal with such notions as time, the creative process, traces, listening and memory. She has written extensively on the moving image, photography, as well as sound and kinetic art. In 2012 she received the Hnatyshyn Foundation Award for Curatorial Excellence in Contemporary Art. Her most recent projects include the publication Martin Tétreault – Des disques et un couteau, in 2015, the curating of several solo exhibitions: Raymond Gervais, Rolf Julius and Manon Labrecque, as well as Machines – The Shapes of Movement, a series of 14 exhibitions for Manif d’art 6 – Quebec City Biennial, in 2012. She has collaborated with the International Festival of Films on Art (FIFA) since 2003 and is now the head of the Experimental FIFA section. Since 2005, she has been a lecturer in the MFA Studio Arts Department of Concordia University.

VOID (visual sound art collective, Arnaud Eeckhout and Mauro Vitturini, Brussels, BE)
VOID is a visual-sound art collective founded in 2013 by Arnaud Eeckhout (Belgium 1987) and Mauro Vitturini (Italy 1985) based in Brussels. Like the sound wave, their favourite medium, VOID’s works are time-based and site-specifics, in accordance with the resonance of the places they inhabit.
In 2015 VOID wins the Prix Médiatine and the residency at MAAC in Brussels, and in 2016 realised his first monographic exhibition. His work has been shown in different international museums, like the ARTER foundation in Istanbul (TR), Carrillo Gill Museum in Mexico City (MEX), BAM in Mons (BE), OFF Biennale in Cairo (EG), Villa Croce Museum in Genoa (IT) and Macro Testaccio in Rome (IT).

Aernoudt Jacobs (Brussels, BE)
Aernoudt Jacobs is an artist working primarily with the medium of sound. His work is both phenomenological and empirical. It has its origins in acoustic and technological research and investigates how sounds can trigger sonic processes that will affect the observer’s scope of perception. His work has been exhibited both nationally and internationally. In addition to his artistic practice Jacobs co-directs with Christoph De Boeck OVERTOON, a platform and production facility for sound art based in the centre of Brussels.

Niels Van Tomme (director De Appel, Amsterdam, NL)
Niels Van Tomme (Belgium, 1977) is the director at De Appel in Amsterdam. As a curator, lecturer and critic, he works on the intersections of contemporary culture and social awareness. His exhibitions and public programs have been presented at The Kitchen (New York), Värmlands Museum (Karlstad), National Gallery of Art (Washington, DC), Contemporary Arts Center (New Orleans), Gallery 400 (Chicago), and Akademie der Künste (Berlin). In 2016 he curated the Bucharest Biennale 7: What are we building down there? He is a contributing editor at Art Papers magazine. His texts, in which he connects contemporary art, popular culture, literature, and music to broader societal issues and cultural contexts, are published in Art in America, The Wire, Camera Austria, Afterimage, and Metropolis M, among others. He has published the books Where Do We Migrate To? (2011), Visibility Machines: Harun Farocki and Trevor Paglen (2014), Aesthetic Justice: Intersecting Artistic and Moral Perspectives (2015) and Muntadas: About Academia: Activating Artifacts (2017). Together with film scholar Sonja Simonyi, he takes care of two young children: Jens and Nico.

Tasja Langenbach (artistic director Videonale, Bonn, DE)
Tasja Langenbach (b. 1977) studied Art History and Cultural Sciences in Erlangen, Leipzig and Barcelona. She has been a freelance (assistant-)curator and project manager for video art and art exhibitions as well as gallery manager. She compiled the film program of SoundTrack_Cologne / See the Sound (2009–2014). Since 2012, she has been the Artistic Director of Videonale – Festival for Video and Time-Based Arts in Bonn.

Wytske Visser studied Arts and Arts Management at the University of Groningen.  She did office management and PR for Atelier Van Lieshout and she was a member of the programming committee for SYB, an AiR program in Friesland. She was a residency facilitator at Rijksakademie van beeldende kunsten. From December 2016 she’s programme manager visual arts at De Brakke Grond in Amsterdam.

Ana Ascencio (artistic director Mapping Festival, Geneva, CH)
Born in Geneva in 1978, Ana Ascencio started her strong interest in electronic art back in the mid-90s while collaborating within Weetamix, an organization with the aim of promoting electronic music and cultures in Switzerland. After several years spent in Montreal, Canada, where she joined the team of Elektra, international digital arts festival, she has then acted as co-curator within lille3000 for their 2012 event and exhibitions (Fantastic), inseminating art in the public space and collaborating with established cultural institutions of the French city of Lille for major exhibitions (notably at TriPostal). In December 2011, Ana Ascencio has been appointed as artistic director of the Mapping festival in Geneva, Switzerland, event dedicated to audiovisual arts and digital cultures through a rich program of exhibitions, workshops, conferences, and performances and clubbing acts. Ana Ascencio has also been participating in several jurys (Haute Ecole d’Art et de Design de Genève, Ecole Polytechnique Fédérale de Lausanne, Fantoche 2015), animating panels (ACT Center -Gwangju/Korea- Mirage festival, Lyon) and collaborating with several national and international organisations, such as the BIAN (Biennale of International Digital Arts) in Montreal, for which she co-curated she Swiss artists focus in June 2016.

Esther Venrooy (Gent, BE)
Esther Venrooy is an artist/composer working in the field of sound and installation art. Apart from her artistic activities, Venrooy is a lecturer on 20th century Music, performance and experimental arts at the Ghent school of fine arts, where she also runs atelier Mixed Media. In november 2015 she received her doctorate degree ‘Audio Topography – on the Interaction of Sound, Space and Medium’ at LUCA/KULeuven.